“There are still moments of transfiguration that come wholly unlooked for, as puncturing instants of experience…Such moments are to be found in Lynette Wallworth’s immersive installations, instants of shift that slip in under the guise of wonder, of grief, in intimate connection with another.”

“Wallworth’s installation is intimately affecting yet deals with issues that pertain to the universal community at large – extracting beautiful, awe-inspiring brightness from the dark depths of the sea and of the most distant outer space.” 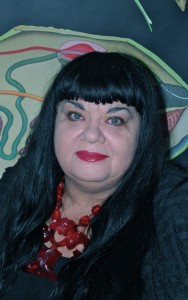 Lynette Wallworth is an Australian artist whose immersive video installations reflect on the connections between people and the natural world. Her work uses photography, film and interactive technologies, like touch-based interfaces, to engage viewers and allow them to experience her works intuitively. Often working in series or meditations on one theme, her measured pace suggests that patient observation might lead to richer understanding between ourselves and the natural environment. Always experimenting with the newest technologies, her ability to build a sense of community and compassion with these tools is startling. Beauty, revelation and wonder are celebrated in these works.

Wallworth’s work has been exhibited at the Lincoln Center for the Performing Arts, the Sundance Film Festival, the Australian Centre for Contemporary Art in Melbourne, Auckland Triennial, England’s Brighton Festival and the Vienna Festival among many others. In April 2009, Wallworth’s largest solo show in Australia opened at the Samstag Museum of Art as part of the BigPond Adelaide Film Festival.