At his saddest, Richter sounds like Gorecki, at his most penetrating, like Michael Nyman on a backdrop of concrete and rain. 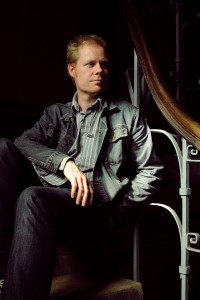 German-born composer, Max Richter, studied composition and piano at University of Edinburgh, the Royal Academy of Music and with Luciano Berio in Florence. Richter then co-founded the contemporary classical ensemble, Piano Circus, and played with them for ten years, commissioning and performing works by Arvo Pärt, Brian Eno, Philip Glass, Julia Wolfe and Steve Reich.

Since then he has worked with an eclectic mix of musicians; The Future Sound of London, Roni Size, Vashti Bunyan and Kelli Ali, stretching the notion of what classical music is.

Max works widely in film music, installation and the theatre, most recently for The Royal Ballet, London, on INFRA. He has scored more than 25 films, including Waltz With Bashir, for which he was named European Composer of the Year in 2008.

Richter says “I think of music as a storytelling medium…when I’m listening to a piece of music, it’s a one-to-one conversation.”