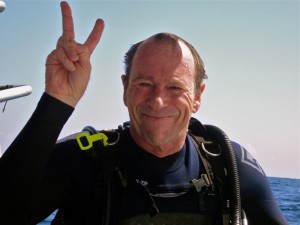 David Hannan is an Emmy Award-winning cinematographer and producer based on North Stradbroke Island, in Queensland, Australia.

His multi-award-winning programs include: Coral Sea Dreaming, Sex on the Reef, Eye on the Reef, Australia’s
Marine World, Crown of Thorns, Monster from the Shallows, Antarctica Dreaming, Undersea Edens and feature-documentary Sharkwater.

He has amassed one of the largest marine footage libraries in the world, and is director and co-founder of the Ocean Ark Alliance, focused on regional and global marine conservation initiatives.